The property at the former Texaco Research Center in upstate New York is steeped rich in history. The 153-acre site, which is bisected by Fishkill Creek, a tributary of the Hudson River, was first home to a wool and saw mill erected on the property back in 1811. It grew significantly during the Civil War when it began manufacturing the blue serge cloth used for Union Army uniforms.

The mill became more than just a place to work. It was a community where workers lived in homes built on company land, their children attended the onsite school, and their families shopped at the company’s general store.

During the post-Civil War depression, the owners of the mill cycled along with the U.S. economy, and closed it permanently in 1929. Families moved on, and the facility fell silent for two years.

Texaco purchased the land and began developing the site in 1931, transforming the mill buildings down by Fishkill Creek into the original Beacon Laboratories. Over the course of the next 72 years, the complex expanded multiple times as it furthered its research, development, technical services and environmental protection work in support of the downstream petroleum and energy business. 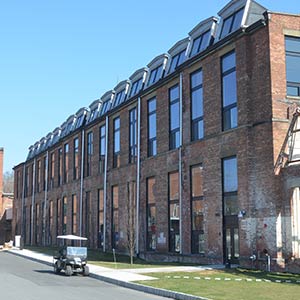 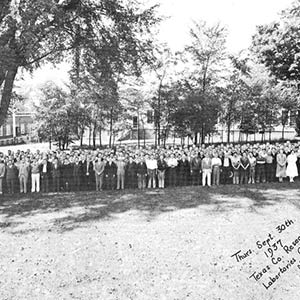 Just like the mill that preceded it, the Texaco Research Center was considered a community comprised of close knit family. Within the compound, the company supplied its own water, heat, steam, sewage treatment, newspaper and hosted a number or recreational activities. More importantly, the environment nurtured a supportive community of thinkers and doers.

At its prime, there were about 1,300 people—a majority with technology degrees as well as craftspeople such as plumbers, electricians, welders—to cover anything that needed to be done. Much like a small town, it was a self-contained operation where people got along well and respected each other.

In its early years, the lab continued the property’s tradition of meeting the demands of war. During World War II, a total of 216 employees went on Military Leave of Absence. To fill the vacancies, women were hired in great numbers for the first time and by July 1945 represented a third of the workforce.

Many awards were received for the laboratory’s contributions to war efforts and for the development of new and improved products used during WW II. Some notable developments included high performance aviation gasolines, specialized lubricating oils and a non-floating grease for use on submarine rudders to prevent tell-tale oil slicks. Many projects were undertaken under direct contract for the Armed Forces. One of them was the development of a stand-by heater to permit instant starting of motor transport vehicles at 40 degrees below zero.

After the war, peacetime activities resumed. In the years to follow, the facility helped Texaco introduce new grades of Havoline motor oil, additives and gasoline formulations. Additionally, a jet combustion laboratory for the investigation of aviation jet fuels was added to the campus.

In January 1961, there were more than 1,000 employees working at the Texaco Research Center and BRL. The laboratories continued to expand, with a new Fuel and Lubricant Blending building and a Heating Oil Laboratory that was used for the training of company heating oil dealers and service personnel, as well as for evaluation of fuels and equipment. In 1963, the first “Installation and Service Training Course” was given at the laboratories.

The country underwent a dramatic shift in consciousness in the 1970s. There was mounting concern about the effects of industrial activity on human health and the environment, and a dawning realization that our primary energy sources, oil and natural gas, were finite and should be conserved. Many of the activities at BRL over this decade addressed these concerns. 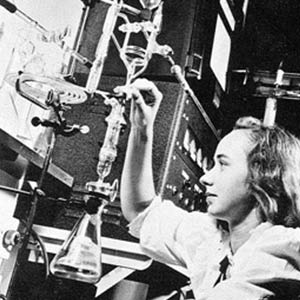 In 1971, Texaco established its Environmental Protection Department at Beacon to coordinate environmental protection activities throughout company. From 1982 through 2003, the facility developed numerous advancements to meet increasing environmental requirements and to manage Texaco’s environmental responsibilities around the world.

Through its merger with Texaco in 2001, Chevron acquired the facility and closed it in 2003 to centralize research efforts at its locations in Richmond, California and Houston, Texas. Since then, the focus at the campus has been on environmental cleanup and redevelopment efforts.

A Community Advisory Panel (CAP) was formed in 2011 to facilitate dialogue between Chevron and the community. Meetings are held several times a year on the topics of the cleanup work and future use/redevelopment of the property. The CAP is comprised of a cross section of people from the Fishkill area, including some ex-Texaco employees, local politicians, government officials, neighboring school representatives and parents, local residents and environmental representatives.

CLICK TO READ MORE ABOUT OUR DETAILED HISTORY
VIEW OUR GALLERY FOR MORE IMAGES FROM THE PAST
Menu
Recent News
Search
Follows Us: